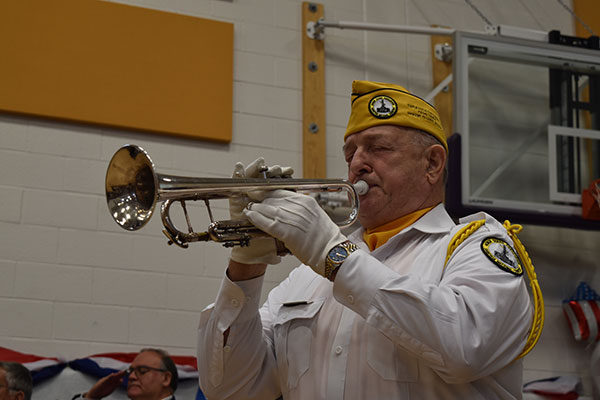 Thank you for your service. Duanesburg Elementary held their annual Veterans Assembly on Nov. 7, hosting and honoring several local residents and all who have served or are currently in the military.

Students presented the history of Veterans Day, read and presented thank you letters to the veterans in attendance and recognized DCS graduates currently serving in the armed forces. The high school band performed throughout the assembly, and elementary students and staff sang.

DCS also honors veterans and active military near and far by supporting the Wounded Warrior Project. Elementary students and staff collected toiletries, gifts and donations for wounded vets hospitalized in Landstuhl, Germany. The girls soccer team presented a $600 donation to Marcia Carlson after their fall fundraising effort for Wounded Warriors. 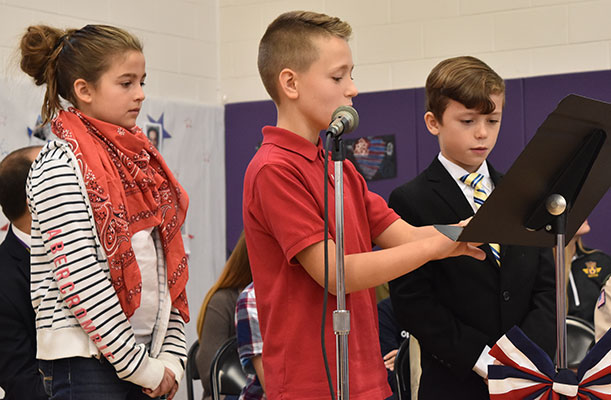 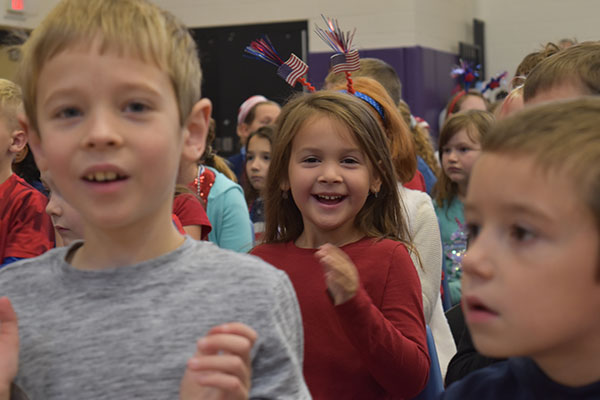 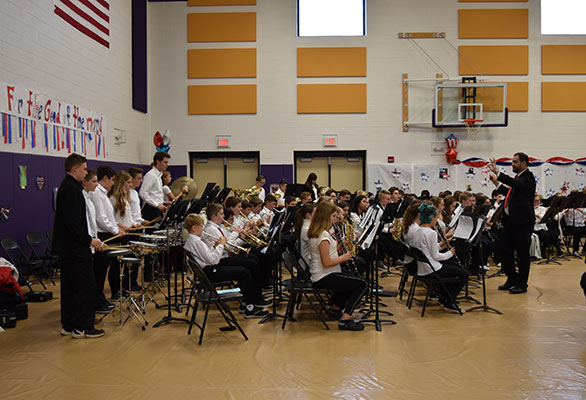 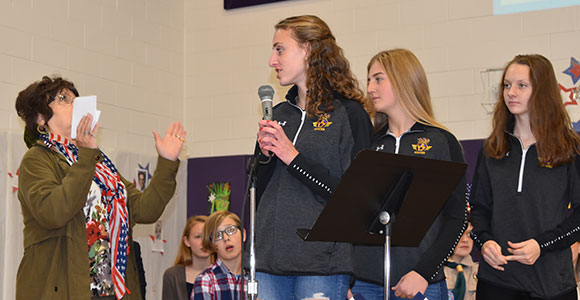