The Duanesburg Central School District is proud to announce the top students of the Class of 2021. Abigael O’Donnell has been named the valedictorian and Alanna Mitchell is the salutatorian. 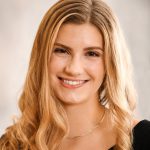 Abigael O’Donnell, the daughter of Jarrett and Dawn O’Donnell, is the valedictorian of the Class of 2021. Abigael will attend Carnegie Mellon University to study chemical engineering and public policy. She wants to pursue a job in medical research that is dedicated to helping people with genetic conditions.

“DCS has a great network of administrators and teachers who are willing to go the extra mile for their students,” Abigael said. “My teachers have provided a lot of support and encouragement throughout my high school years. The guidance department has always been really helpful, especially this year in terms of navigating changes. It comes down to the dedicated staff and small student body that allows them to help students on their individual paths.”

Abigael is a member of the National Honor Society who was named to the High Honor Roll and the 95 and Above Club. She is a captain of the Duanesburg Electric Eels Swim Team, for which she also worked and volunteered as a coach. She is a lifeguard and swim instructor at the Duanesburg YMCA and the Schoharie Community Pool, and is a representative of Adirondack Swimming. She is a Duanesburg YMCA Council Member.

“Mock Trial fostered many different skills through a combination of public speaking, thinking on your feet and analytical preparation,” Abigael said. “The creation of the Varsity Swim program at DCS in my sophomore year allowed me to compete for my school while participating in the sport I love. Student Council was a great way to be involved in my school community.” 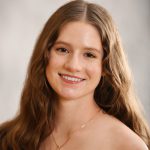 Alanna Mitchell, the daughter of Leila and Shayne Mitchell, is the salutatorian of the Class of 2021. She plans to attend Binghamton University to study geology. She wants to pursue a career in which she can travel and help both people and the environment.

“DCS prepared me for success with the AP program,” Alanna said. “The school offered enough AP and University in the High School classes for me to challenge myself in the past few years. The teachers were so understanding and helpful throughout. They were not only educators, but also friends and mentors.”

Alanna says she greatly benefited from the district’s science and athletics programs during her high school career. She is co-captain of the varsity cross country and swim teams, and competed on the varsity track team.

“Earth science first introduced me to geology and this is when I developed my interest in the physical world,” she said. “Environmental science and biology taught me about how sciences are connected and how life is impacted by Earth and its resources. By joining cross country, I learned what it meant to be part of a team and to push myself even when I thought I couldn’t.”

Alanna is co-president of the high school Student Council, a member of the National Honor Society LEO Club and Mock Trial, and performed with the Jazz Band. She was named to the High Honor Roll and the 95 Or Above Club. She volunteered at swim meet concession stands and for her church. She is a lifeguard at the YMCA and a ski instructor at Maple Ski Ridge.