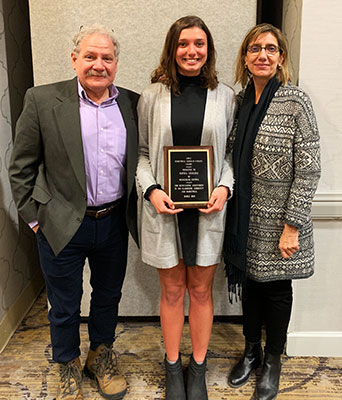 Sophia received the award for her academic achievement and sportsmanship. She was a starter and captain of Duanesburg’s girls basketball team while maintaining the highest academic average on the team.

Sophia and her teammates were honored at a March 2 ceremony at the Albany Marriott. 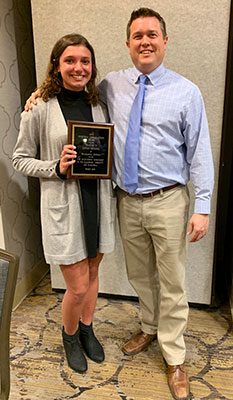 Sophia with Coach Chris Herron.
In the photo at top, Sophia and her parents.